What is a caterpillar transporter?

2022-03-11
Caterpillar transporter refers to a "car" that uses caterpillar train instead of wheel train. This kind of car is small to the ground unit pressure, small subsidence, strong adhesion ability, driving through ability. Cab, cargo platform or carriage are basically the same as ordinary wheeled vehicles. Generally, according to the driving system structure, it can be divided into three types: front driven sledge or wheels, rear axle track-mounted half-track type, front and rear axle track-mounted full-track type and interchangeable wheels, track-tracked wheel-tracked type. The track is a flexible chain around the drive wheel, roadwheel, induction wheel and support wheel driven by the drive wheel. The track consists of a track plate and a track pin. The track pin connects each track plate to form a track link. There are holes at both ends of the track plate, meshing with the driving wheel, and inducer teeth in the middle, which are used to regulate the track and prevent the track from falling off when the tank turns or rolls. There are reinforced anti-skid bars for short pattern on the side in contact with the ground, so as to improve the robustness of the track plate and the adhesion between the track and the ground. Crawler transporter is suitable for transporting large items, crops, sand and other objects that are difficult to transport manually in a narrow space. After modification, the engine and gearbox of wheeled vehicles can continue to be used. As many common parts as possible can lower the cost and facilitate mass production. In wartime, semi-tracked vehicles are mainly used as the auxiliary of tracked vehicles, and their off-road capability is stronger than wheeled vehicles. Although the design is intended to take the length of the two systems, but also inevitably inherited the shortcomings of the two systems, highway speed is not as good as wheeled vehicles, off-road ability is not as good as tanks, complex structure, difficult maintenance, even maintenance also need to prepare two sets of tools. There are also mavericks such as the BT fast tank, which has a Christy suspension and is a track-mounted tank with tracks and a wheeled tank without tracks. With the development of technology after the war, the wide application of independent suspension of wheeled vehicles and central tire charging and deflating technology has greatly increased the off-road capacity of wheeled vehicles and squeezed the living space of half-tracked vehicles. From the postwar period to the 1970s, only Britain, Iran and Chile developed half track vehicles. The M3 halftrack was also used by Israel in the Middle East war. 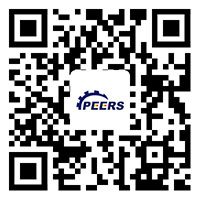